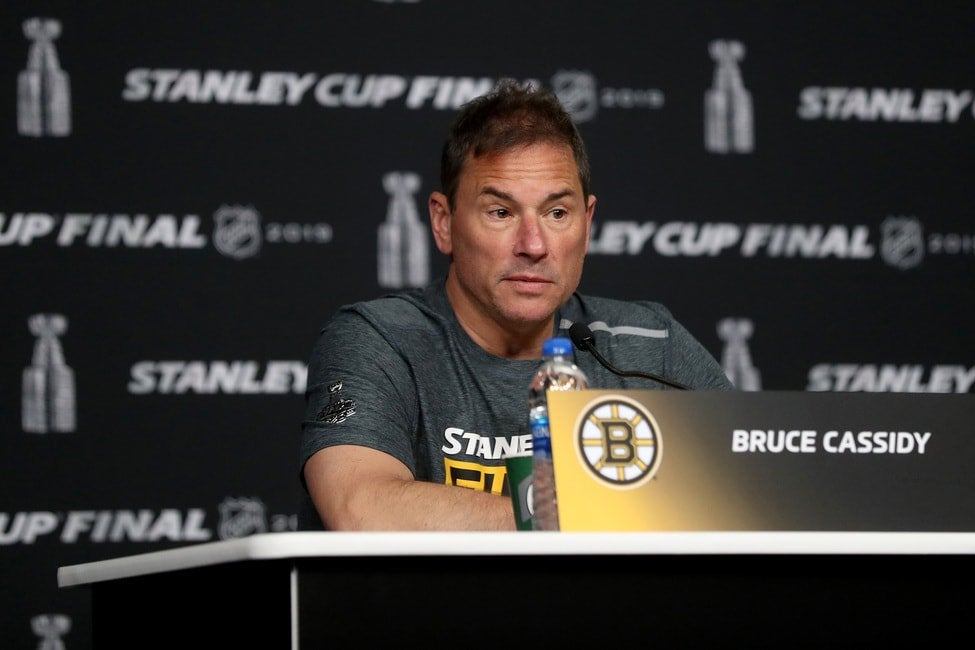 Boston Bruins head coach Bruce Cassidy saw his team’s season come to an end at the hands of the Tampa Bay Lightning on Monday night. Shortly after the 3-2 loss in double overtime, Cassidy met with the media for his final postgame availability of the season. Cassidy was asked about the future of two key members of the Bruins.

Both Torey Krug and Zdeno Chara will be unrestricted free agents in October. Chara, who is 43, could also consider retirement.

“Well, I don’t want to speculate if those are their last games. Those are decisions that will be made by the player and management going forward,” Bruce Cassidy began. “I’ve said all along, grateful to have an opportunity to coach Zee. It was early in my NHL career, so to speak, later in his playing career. He helped me a lot.

“Torey is a little different. I got him well into my American League career and he was just basically starting out. So it’s a much different situation, where you almost feel like Zee probably helped me more than I’ve helped him, and with Krug it was a little more of watching him grow and being a bigger part in his development.”

Krug acknowledged earlier this summer that the 2020 Stanley Cup Playoffs could very well be his last with the Bruins. Chara wasn’t as open then, and only said he will be ‘open-minded’ on Monday night.

Bruce Cassidy also addressed the importance of the two.