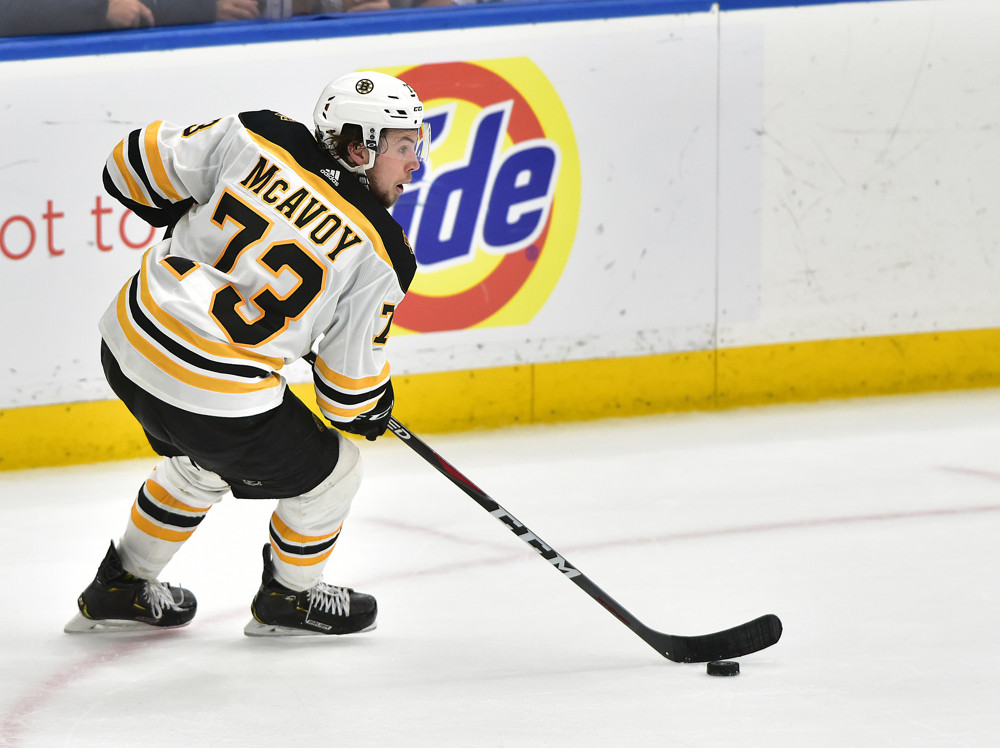 You don’t need me to tell you how hot the Boston Bruins have been to start the season.  They have been outstanding. The ‘Perfection Line’ has been as dominant as a line can be.  Tuuka Rask is putting up some unreal numbers. However, the reality is that this pace is pretty impossible to keep up. Of course fans and players don’t want to hear this bad news.  But this level of play is virtually unsustainable. An inevitable drop in performance can come from a myriad of places, whether it’s other teams gunning for the top team with purpose-built scouting and tactics focused specifically to exploit any Bruins’ weakness they can find. Or it might come in the form of fatigue, injuries, complacency or the lack of improvement in weaker areas.  And this is where the coaching staff is, without doubt, focusing some efforts; continual examination of areas for improvement.

I put myself in their shoes and took a look at which areas may need attention. First we can take a look at the overall performance of the team. For this I’ll use the VERSUS tool to compare the Bruins performance relative to the rest of the league. The blue bar indicates league rank; the longer the bar, the better the team is performing in that category compared to all other NHL teams.The data at the beginning of the bar is the raw data for the category. It’s the five-on-five defense performance – circled in red – that is meddling around the league average for the season, but what’s more concerning is the recent trend (last 10 games as indicated by the little yellow lines, and the finger-pointing emoji) toward the bottom ranks of the NHL in goals-against which is propelled there by plummeting save percentage.

In the last 10 games the Bruins rank 6th worst in the league for five-on-five goals-against average (3.04/60mins). Of course they continue to win because of an outstanding five-on-five goals-for rate of 3.57/60mins and spectacular special teams. In this sense, Bruce Cassidy has the luxury of having only one issue to deal with; the five-on-five defensive game.

To dig deeper, let’s take a look at the Bruins defense pairings. The most common five-on-five defensemen pairings are Zdeno Chara and Charlie McAvoy (203 mins of five-on-five together); Brandon Carlo and Torey Krug (173 mins); and Connor Clifton and Matt Grzelcyk (119 mins). What this tells us is that the top two pairs – Chara and McAvoy, and Carlo and Krug – are on the wrong side of the scoring chances equations; they allow more chances against, than they generate. The big difference between these two pairs is that Chara and McAvoy have a big swing in goals-for percentage. Even though they allow morescoring chances against, they have decidedly much greater share (62.5%) of the scoring. Whereas Carlo and Krug are below 50% at 42.86% of the goals share while on the ice. The Clifton and Grzelcyk pair have a super-low 28.57% of the goals share.

Now, before we get too crazy attaching cause and effect with these findings, we need to always consider context. These numbers only tell part of the story.  We must consider who the other three teammates are, matchups, zones starts, injuries, a relatively small sample size (the season is still young) and game context, among other things. But, with that said, there is no doubt that this is where the team needs to focus some effort for more investigation and possible improvements.

For further context, the image below shows the Bruins top two pairs relative to the NHL’s other top pairs. The best performances are over 50% in scoring share; ideally in the top right quadrant. Now you know a bit more about the Bruins defensive pairings performance by the numbers. Enjoy the next game and try not to focus too much on any shortcomings of your favourite defenseman.

Stats as per naturalstattrick.com

Bruins Look To Get Groove Back In Motown