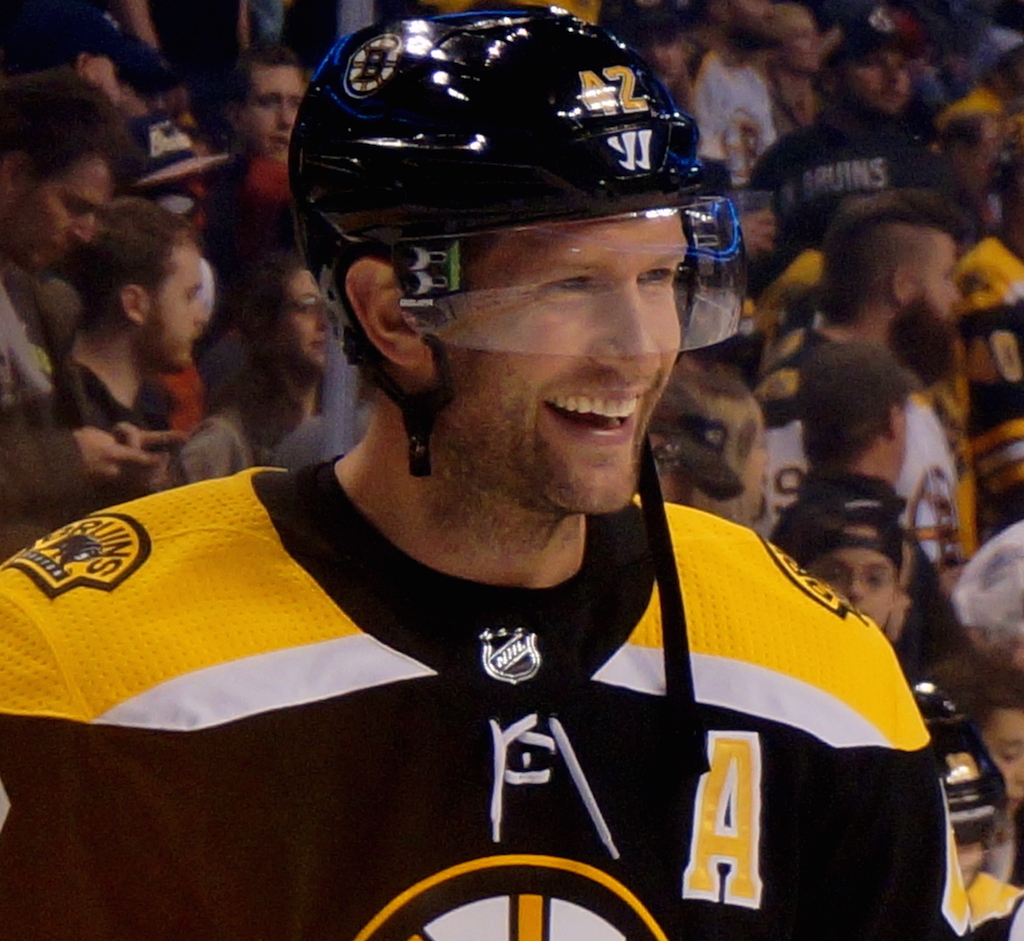 The Boston Bruins (10-1-2, 22 points) look to roll a hard six tonight against the Pittsburgh Penguins (8-5-1, 17 points). The Bruins have won five straight games, including a 5-2 decision over the Ottawa Senators on Saturday night at TD Garden. They’ll get a much stiffer test this evening as an angry Penguins team comes to town. The Penguins fired 52 shots on Edmonton Oilers goalie Mike Smith Saturday, but lost 2-1 in overtime on Leon Draisaitl’s 13th of the season.

The Bruins will be without David Backes tonight, and likely beyond. Backes left Saturday’s tilt after that scary incident with Scott Sabourin. Head coach Bruce Cassidy confirmed that with the media on Sunday. “He [Backes] came in this morning to get checked out. Doing a little better than last night. He’s doubtful for the next couple of games.”

With Backes out, Cassidy said “there are a few balls in the air” when it comes to the Bruins lines. Brett Ritchie, out with an infection on Saturday, skated on Sunday with Kevan Miller and John Moore. Cassidy confirmed that is Ritchie is good to go and will return to the lineup tonight.

Both Moore and Miller won’t play tonight, but both appear to be nearing a return to the lineup. Miller has been out since April, while Moore has not played this season. Cassidy and GM Don Sweeney will be forced into making some tough decisions when both players do eventually get cleared to return. BHN’s Jimmy Murphy recently reported that the Bruins are already exploring the trade market in advance of these decisions.

The Bruins recalled forward Cameron Hughes earlier this morning. Cassidy confirmed after morning skate that he will make his NHL debut tonight. Hughes, an Edmonton native, has six points (2 g, 4 a) in 13 games.

Jake DeBrusk, David Krejci and Danton Heinen teamed up to form a new-look second line for the Bruins in Saturday’s victory. The trio produced a pair of five-on-five goals and was a big reason why the Bruins won their fifth in a row. All three were encouraged with the results.

“We obviously connected on two five-on-five goals…it’s early in the season, but that’s a little bit unheard of for our group in general,” DeBrusk told reporters. DeBrusk, who has struggled mightily early this season, scored his second goal of the season in the Bruins third period blitz. Heinen set him up for the tally.

“It was really nice to see Heino have a good game. He was all over the puck and seemed like the puck was finding him at certain times. Krech was doing his thing as well, trying to make plays to find us,” continued DeBrusk. Heinen scored his third goal of the season at 5:43 of the third period, it was the eventual game winner.

“Any time that we can get that secondary scoring – I don’t think it was necessarily needed at the time – but that 3-2 goal was a big one for the team.” The Bruins are hoping that this is just the tip of the iceberg for their secondary scoring group.

Jaroslav Halak gets the start tonight as the Bruins open an important back-to-back set. This likely means that Tuukka Rask gets the go tomorrow in Montreal. Connor Clifton returns to the lineup after being scratched on Saturday. He’ll replace Steven Kampfer. Cassidy said this morning that Backes is feeling better, but will be out both tonight and tomorrow.

The Penguins will be without forward Patric Hornqvist, who was injured in Saturday’s loss against the Oilers. He was placed on IR Sunday and will be replaced by Kahun in the lineup. Rookie defenseman John Marino makes his return to Boston tonight. Marino played junior hockey for the USPHL’s South Shore Kings, and played his college hockey at Harvard. He was acquired from the Oilers this past summer for a pick.