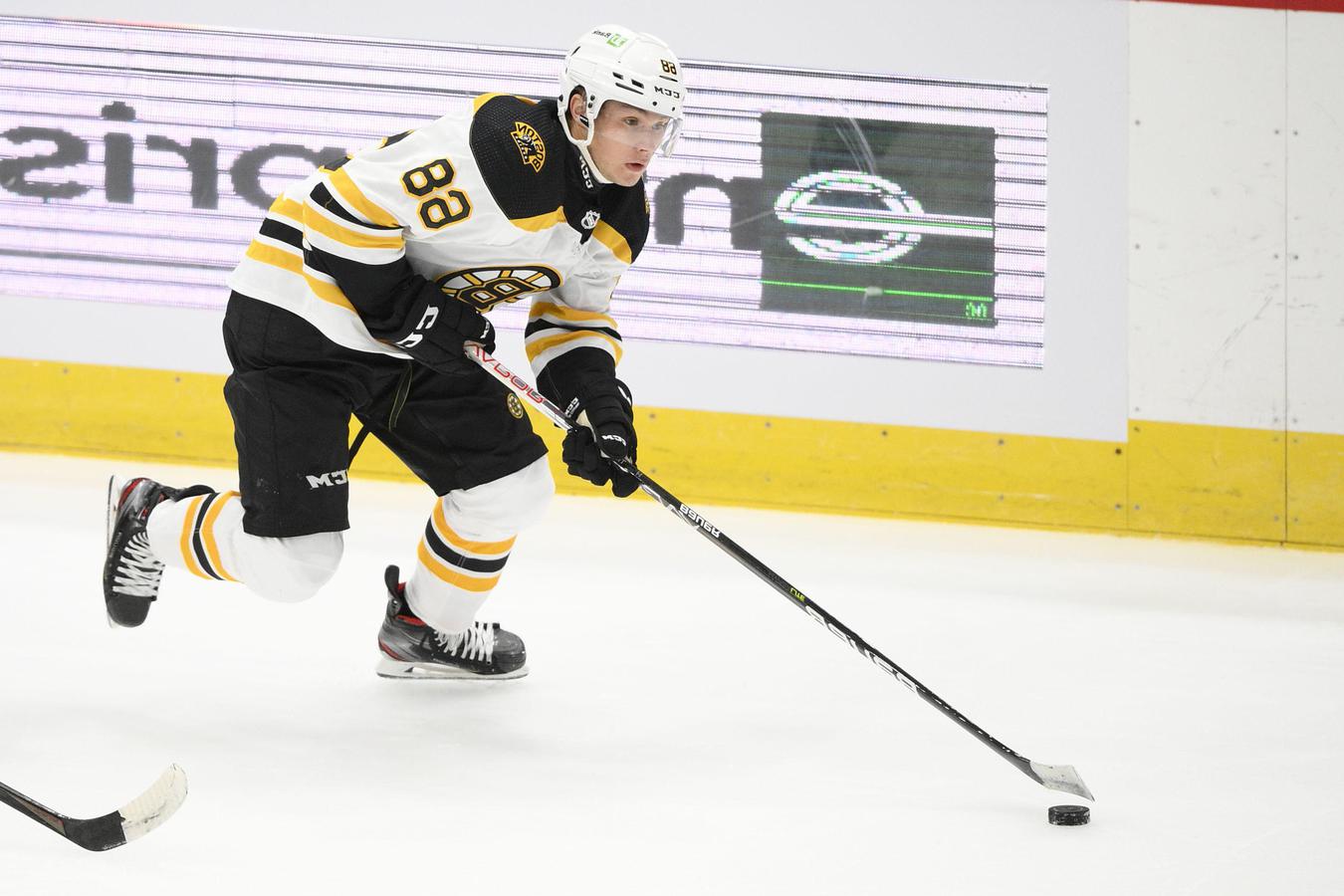 Boston Bruins prospect Fabian Lysell is headed to the Swedish IIHF U20 World Junior Hockey Championships for a second-straight year.

Lysell, 19, was named to the Swedish roster on Wednesday and will report to a quick training camp next week and the tournament will take place in Moncton and Halifax from December 26-January 5. Sweden’s first game will be against Austria on Dec. 26 at the Scotiabank Centre in Halifax, Nova Scotia. Lysell had two goals and four assists in seven games for Sweden at the 2022 World Juniors this past summer and helped his native country win Bronze.

After playing at the 2022 World Juniors, Lysell headed straight to Boston for 2022-23 Boston Bruins Rookie and Training Camps. He dazzled at times and saw increased playing time during the 2022-23 preseason, even skating on a line with Boston Bruins captain Patrice Bergeron at times.

“Just dynamic, how he attacks people’s feet,” Boston Bruins head coach Jim Montgomery said of Lysell back on Sept. 24. “He makes defenseman face him, which good offensive players will manipulate defensemen’s feet. He understands how to do that already, so he’s going to make plays.”

Bergeron also liked what he saw of the 5-foot-11, 176-pound winger that the Boston Bruins drafted 21st overall at the 2021 NHL Entry Draft.

“[Lysell] is definitely a great talent. A lot of speed and a smart player. It’s good to have a chance to be with him on the ice and get to know him,” said Bergeron. “On the ice we’re just trying to talk about where to be on the ice and talk about drills to make sure he knows where he’s going.

“I know for me when I was a young guy coming in, my first scrimmage at main camp was with Glen Murray and Sergei Samsonov. I’ll never forget that. You learn from those guys that have been around and that you look up to, the guys that have the experience. That’s what we can share with them. It’s always great to have that young energy on your wing. It’s something that can be very beneficial for young guys coming up.”

After the Bruins drafted him in 2021, Lysell played a year in the WHL scoring 22 goals to go with 40 assists in 53 games for the Vancouver Giants. This season, the skilled winger has been plying his trade and building his game in the AHL with five goals and nine assists in 17 games for the Providence Bruins.