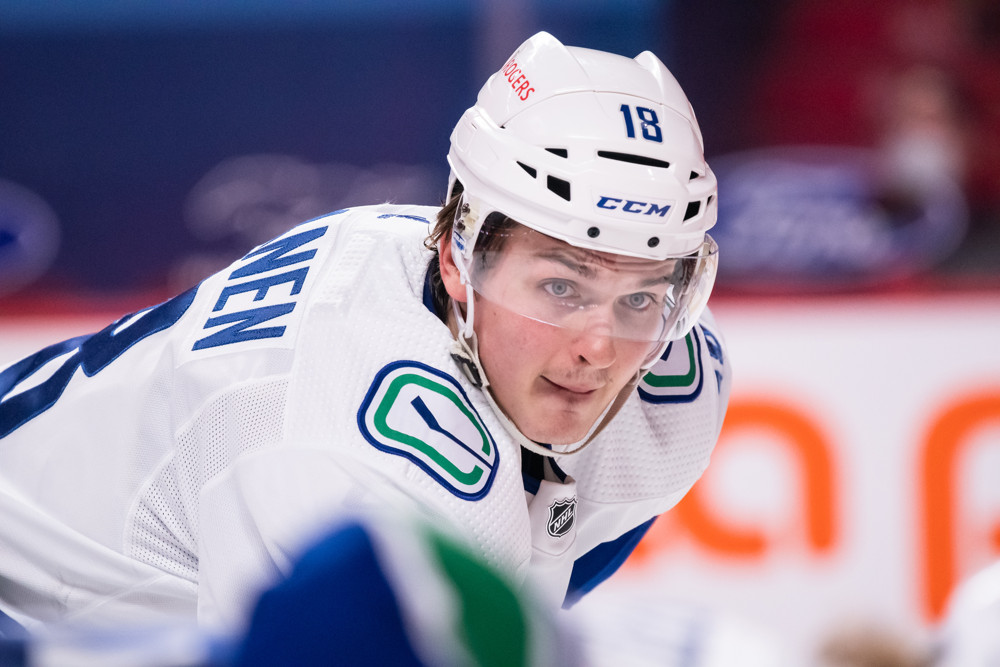 Multiple NHL teams are reportedly interested in signing former Vancouver Canucks winger Jake Virtanen but no there’s no word on whether the Boston Bruins are one of them.

Former Boston Bruins captain Zdeno Chara was seen walking out of Warrior Arena Tuesday but his agent, Matt Keator told my partner-in-scribe here at BHN, Joe Haggerty, that there was ‘nothing’ to read into of his surprise visit.

Boston Bruins winger Jake DeBrusk is poised for a big year in the eyes of this puck scribe. DeBrusk was the latest featured player in our Boston Hockey Now Bruins Countdown To Camp on Wednesday.

In an Athletic list of the most interesting player from each NHL team heading into training camp, NHL draft and prospects guru, Corey Pronman, surprisingly had John Beecher for the Boston Bruins and not Fabian Lysell.

WSH: While the Flames and Edmonton Oilers are favorites to sign Jake Virtanen, the Washington Capitals were reportedly one of four teams that looked into signing the former Canucks winger.

The fourth team was not mentioned. Remember, as reported here, before the sexual assault allegations surfaced, the Boston Bruins showed interest in Virtanen on the NHL trade market more than once.

NYI: New York Islanders head coach Lane Lambert was non-commital on who will be his No. 1 guy between the pipes this season, Ilya Sorokin or Semyon Varlamov?

PGH: What Pittsburgh Penguins defensemen could possibly find themselves being moved out on the NHL trade market for salary cap space as the Penguins try to become cap compliant by opening night?

FLA: Andrew ‘The Hamburglar’ Hammond declined a professional tryout invite from the Florida Panthers and has reportedly decided to play in the KHL.

VGK: Who are the players Vegas Golden Knights fans should be watching in rookie camp?

MTL: What Montreal Canadiens player will join the dynamic first line duo of captain Nick Suzuki and sniper Cole Caufield to finish off the first line?

CGY: Have to agree with my Calgary Hockey Now colleague, Steve Macfarlane that signing Jake Virtanen, who was recently exonerated of sexual assault, would be a distraction for a Calgary Flames team primed for a run to the Stanley Cup Final.

Former Boston College forward Nathan Gerbe has retired from the NHL and joined the Nashville Predators as a forward development coach.

Alexandra Mandrycky became the sixth female assistant general manager hired this year and seventh in NHL history when she took on that role for the Seattle Kraken Wednesday.