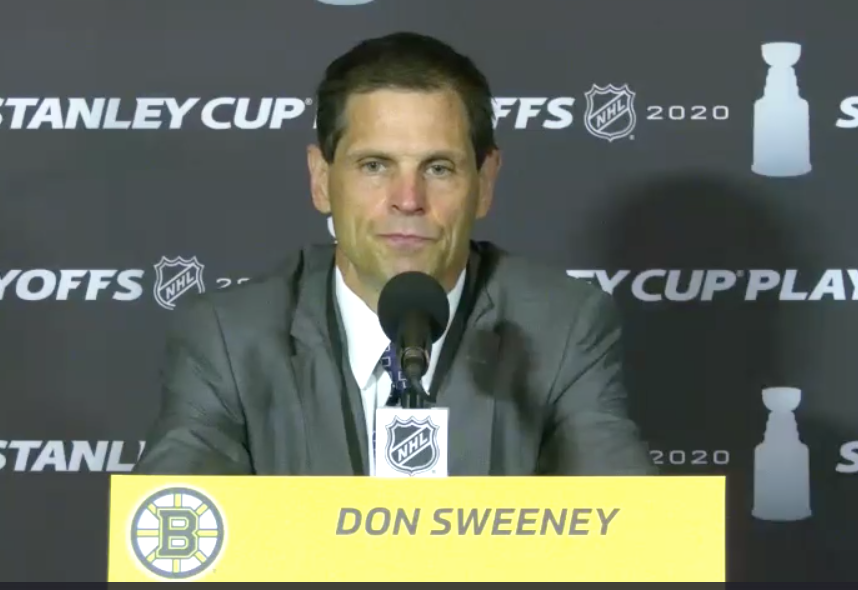 Could the Boston Bruins have spent their cap space better than they have this offseason and positioned themselves to lay down an offer sheet?

Czech mate and Jakub Vrana is signed by the Detroit Red Wings.

The NHL mourns the passing of hall of fame goalie Tony Esposito.

That and more in your BHN Puck Links!

Vancouver Canucks RFA center and 2019 Calder Trophy winner Elias Pettersson is not happy with contract talks and the state of the Canucks. Imagine if the Bruins hadn’t decided to do a center-by-committee experiment in unrestricted free agency, saved the cap space, and submitted an offer sheet to the 22-year-old superstar? (BHN)

According to Boston Bruins head coach Bruce Cassidy, there is still a very real chance that center David Krejci returns to the Boston Bruins and the NHL this coming season. (BHN)

The Boston Bruins have been getting some decent reviews in offseason grades from various NHL reporters but I’m with my Irish compadre, Joe Haggerty that they deserve nothing more than a C+ at this point. To be honest, I still think Boston Bruins GM Don Sweeney trades for a legit second line center before the puck drops on the 2021-22 regular season. (BHN)

Here’s more on Elias Petterson being skeptical of the future of the Vancouver Canucks. (Vancouver Hockey Now)

The stories and memories of hall of famer and longtime Chicago Blackhawks goalie Tony Esposito continued to flow across the internet on Wednesday after Esposito passed away from pancreatic cancer at the age of 78 on Tuesday. Count yours truly as one of those who needed to be reminded by Dan Kingerski that Tony O was once the GM of the Pittsburgh Penguins. He actually drafted Mark Recchi and acquired Tom Barasso before Craig Patrick took over. (Pittsburgh Hockey Now)

The New York Islanders are trying to keep their AHL team in nearby Bridgeport for the next ten years. (NYI Hockey Now)

Our buddy in Denver, Adrian Dater, wonders if the NHL will ever have sneaker sponsorship like the NBA? Will there ever be an Air McD sneaker? (Colorado Hockey Now)

What will the San Jose Sharks look like in three years? (San Jose Hockey Now)

Hopefully, by firing racist and anti-vaxxer coach Dusty Imoo, the Toronto Maple Leafs not only sent a message to their team but the whole NHL that racism and spreading misinformation during this pandemic won’t be tolerated! (TSN)