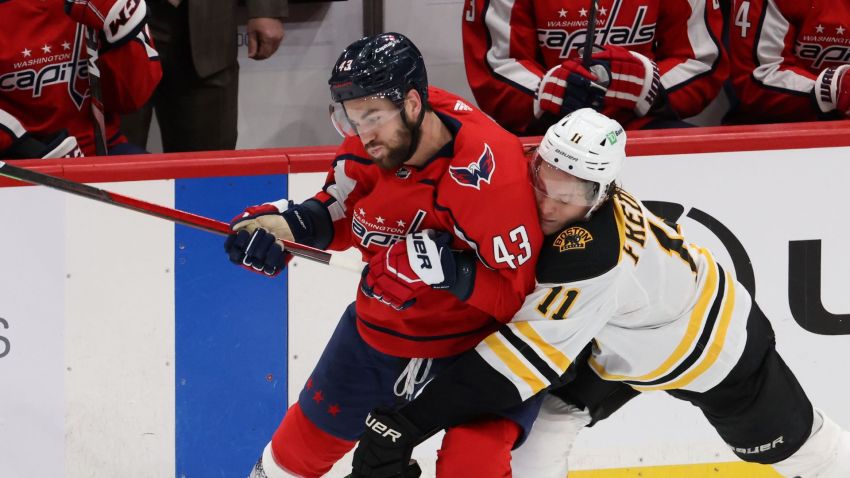 The Boston Bruins will kick off their 2021-22 preseason in the Nation’s capital on Sunday, September 26 in the first of two preseason games against public enemy No.1 Tom Wilson and the Washington Capitals.

The two teams will also square off in their respective preseason finales at TD Garden on Wednesday, October 6. Thanks in large part to a Tom Wilson cheap shot on Boston Bruins defenseman Brandon Carlo, the Bruins, and the Capitals formed a heated rivalry in the 2021 abbreviated 56-game schedule. It also helped that they played each other in the one-time East Division eight times in the regular season and then in a five-game first round series win for the Boston Bruins in the 2021 Stanley Cup Playoffs.

Speaking of the East Divison, the Boston Bruins will also play the New York Rangers and Philadelphia Flyers twice. The Bruins and the Rangers will play the first of their two games at Madison Square Garden on Tuesday, September 28, and Saturday, October 2 at TD Garden. The Bruins and Flyers will face each other on Thursday, September 30 at TD Garden and then again on Monday, October 4 at the Wells Fargo Center.

The NHL is expected to release its 2021-22 regular season schedule later this week and per an ESPN report on Monday, the schedule will include a 17-day Olympic Break despite NHLers not yet having a deal in place to participate at the 2022 Winter Olympics in Bejing.

BHN Puck Links: Looking Back at Boston Bruins’ Expansion Past