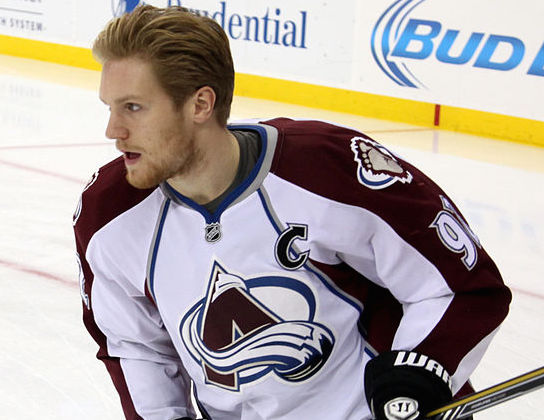 The Boston Bruins have let it be known they will be active on the NHL trade market and in NHL free agency. Bruins GM Don Sweeney and team President Cam Neely have been in lockstep when it comes to improving the top 4 defensive and bottom 6 forward groups. The question now is, do they swing for the fences and acquire star players and mega contracts or focus more on role players?

If reports of their free agent targets in the last 24 hours are any indication, the Bruins are willing to attack the NHL trade and free agent market and potentially spend a large portion of their $24.2 million in cap space (per PuckPedia). On Friday, Kevin McGran reported that the Bruins were one of a plethora of teams in on potential unrestricted free agent and Toronto Maple Leafs winger Zach Hyman. Hyman and his agent were recently given permission to negotiate a trade for his rights so the Bruins and other teams could snag him before free agency begins on July 28.

Then in the latest 31 Thoughts Podcast, Sportsnet NHL Insider Elliotte Friedman said he thinks the Bruins will also pursue Colorado Avalanche captain Gabriel Landeskog should he become a UFA. (More on Landeskog and his deteriorating relationship with the Avalanche below).

Numerous NHL insiders and even sources to Boston Hockey Now have indicated that both Hyman and Landeskog could command upwards of $6-7 million per season on a minimum five-year contract. Hyman is 29 and Landeskog will be 29 this November. Is a long-term deal like that at that age with it for a team that has notoriously been burnt (David Backes ring a bell?), over-paying for middle-six forwards?

Cue the Keith Yandle to the Boston Bruins rumors except instead of an NHL trade rumor, it’s an NHL free agent rumor this time. (Boston Hockey Now)

Imagine a Tampa Bay Lightning blue line of Victor Hedman, Ryan McDonagh, Mikhail Sergachev, and. …SETH JONES? It could happen. An NHL executive told yours truly he wouldn’t be the least bit surprised if Lightning GM Julien BriseBois shocked the NHL Trade market and somehow acquired the skilled defenseman.  (Off The Record)

Per a source with direct knowledge of the Penguins’ communication, the Pittsburgh Penguins are indeed serious players for Hyman. (Pittsburgh Hockey Now)

Who are the favorites in the Hyman derby? Probably not the Detroit Red Wings. Venerable hockey scribe and colleague Kevin Allen handicaps the front runners. (Detroit Hockey Now)

Colorado Avalanche captain Gabriel Landeskog is frustrated with contract talks and not feeling valued by the Av’s. (Colorado Hockey Now)

Knowing they would lose steady defenseman Ryan Graves, the Colorado Avalanche hit the NHL Trade market and dealt him to New Jersey for Mikhail Maltsev and a second-round selection. The trade and what it means for the Avs going forward. (Colorado Hockey Now)

Note: Back on February 28, OTR tipped you off that Graves was available but that a trade may not occur until now. Just another reason you should subscribe to Boston Hockey Now. OTR has been forecasting trades and signings all season, weeks before the big media fish do!

The Philadelphia Flyers are one of the teams on the NHL trade market “In” on Vladimir Tarasenko. (Philly Hockey Now)

Who will the Florida Panthers protect in the NHL Expansion Draft? Will they follow the Avs’ lead and hit the NHL trade market not to lose a player they like for nothing? (Florida Hockey Now)

IMHO, Patrik Laine will never reach his potential until he grows up and loses his ugly entitlement. (Columbus Post Dispatch)