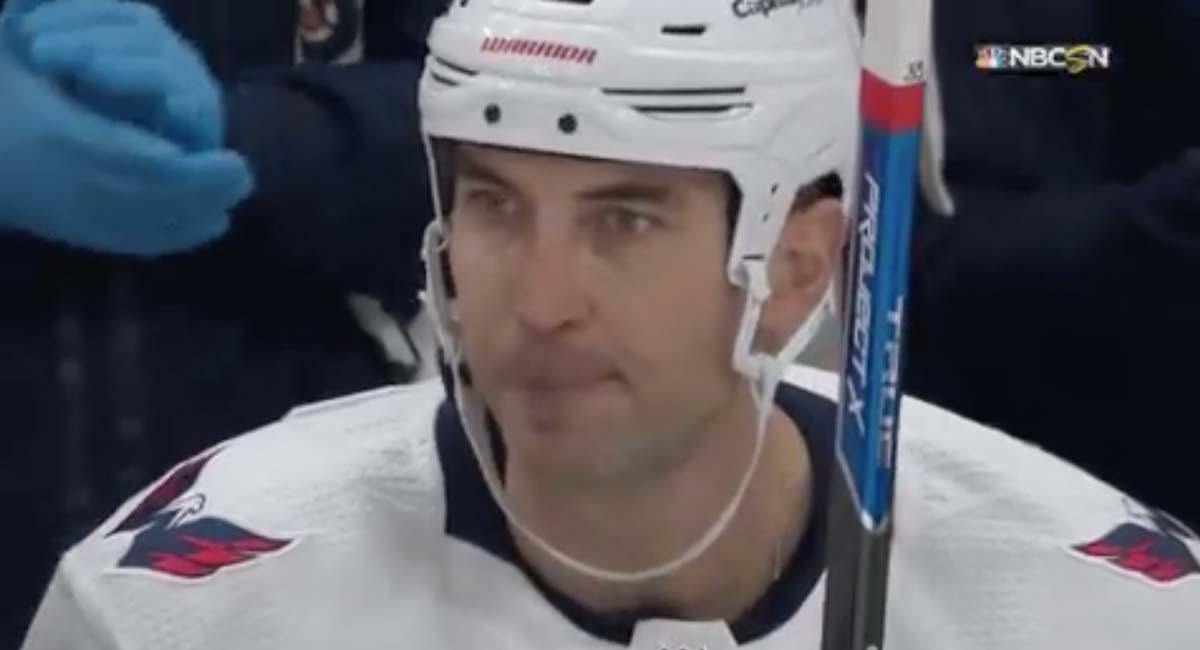 Everyone expected the Boston Bruins tribute to longtime captain Zdeno Chara to be strange considering there were no fans at TD Garden still, and strange it was as only a small group of fans had the chance to virtually thank Chara for his 14 seasons as a Bruin and a big part of the local community. What may have been even stranger though was how emotional the moment still was for the normally stoic Boston sports icon.

Chara gets a tribute video in the first period 😭❤️ pic.twitter.com/EM1VMephcK

Towards the end of the tribute, it’s pretty clear that Chara is struggling -and rightfully so – to fight back the emotions and tears. The 6-foot-9, 250-pound Chara, who some NHLers jokingly but maybe more in fear, have called ‘Drago’ after the famous character from Rocky 4, had already made sure to thank the Boston Bruins fans that cheered him on for 14 seasons and watched him play a pivotal role in bringing them their first Stanley Cup championship in 39 years in 2011.

“From Day 1 in 2006 when I signed with the Boston Bruins, I felt really connected with the Boston fans and the City of Boston,” Chara told the media Tuesday. “I developed so many great friendships and connections and we went through so many ups and downs together. We always felt their energy and support being with us and behind us in those times.

That was clearly the best moment of Chara’s time with the Bruins but more than Chara’s words above, seeing how moved the 43-year-old future hall of famer was, showed that even a pandemic couldn’t completely strip Chara and the Bruins fans of a moment reminiscent of this classic Boston sports moment. The Bruins deserve a ton of credit for the tribute they put together!