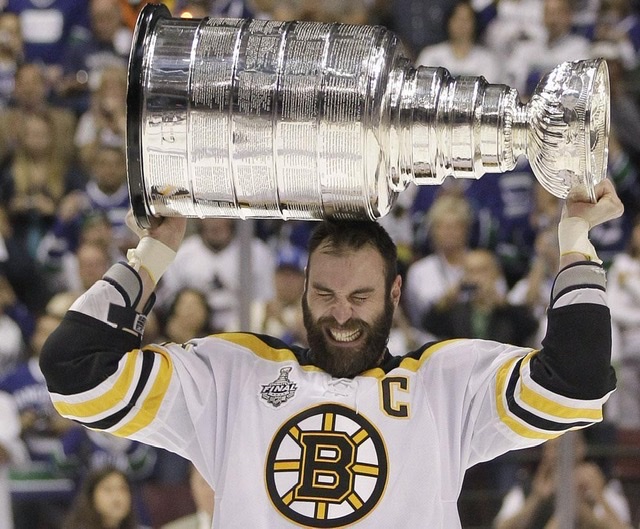 Boston Bruins goalie Tuukka Rask and captain Zdeno Chara appear to have joined a growing group of NHL players and those within the league that have accepted the fact they won’t be hearing any fans cheering or jeering them for the foreseeable future. At this point, it’s all but a certainty that we won’t see NHL games with fans in the stands until at least the start of the 2020-21 NHL season, whenever that may occur, and likely later than that in many NHL cities. As reported here last month, there’s a chance, at least in Boston, there won’t be any fans cheering on the Bruins in the TD Garden seats until the start of the 2021-22 season.

In a virtual season ticket holder town hall on Tuesday, Chara confirmed that whenever the NHL returns from their pause, there won’t be fans in the stands.

“That’s what it’s going to be if we start, that’s for sure,” the Bruins captain replied when asked what the empty arena experience will be like.

For Chara though, it won’t exactly be a new feeling but rather just one he hasn’t experienced since he was a young kid learning to play the game in his native Slovakia.

“We won’t be able to have fans in the stands. But you know what? It will kind of bring memories from back in the years we played as kids,” Chara said. “We didn’t have really any fans in the stands. I know once I came over to play juniors in the Western Hockey League I was amazed. There were five, six, ten thousand fans watching games but back home we didn’t have that many fans watching at all. So definitely, it’s going to be something different, something we’re going to have to get used to. But yeah, I guess that’s the only way we can continue to play at this point.”

As colleague Dan Kingerski of Pittsburgh Hockey Now pointed out, should the United States and more specifically the NHL heed the advice of Dr. Anthony Fauci, we won’t be seeing fans until likely at least January 2021. Fauci, the leading national advisor to the Trump administration and the head of the National Institute of Allergy and Infectious Diseases, electronically testified before a Senate committee Tuesday morning. Fauci was emphatic that while reopening American society, things aren’t rushed or ignored because the chance for a major setback is there.

“If we skip over the checkpoints in the guidelines to ‘Open America Again,’ (initiative), then we risk the danger of multiple outbreaks throughout the country,” Fauci told the New York Times prior to testifying. “This will not only result in needless suffering and death but would actually set us back on our quest to return to normal.”

Fauci also used a hockey reference when describing the latest updates on the multiple scientists trying to find a vaccine for the Coronavirus.

“There’s no guarantee that the vaccine is actually going to be effective,” Fauci testified. “… I’m cautiously optimistic that we will with one of the candidates get an efficacy signal.”

In a Zoom call with the media on Monday, Rask talked about how strange it could be if the NHL returns this season and the Bruins were to actually win the Stanley Cup. There wouldn’t be 19,580 rabid Bruins fans cheering him and his teammates at TD Garden as they hoist the Cup and skate it around the Garden ice for the first time since the 1970 Bruins won it on home ice 50 years ago this past Sunday.

“Well, that’s a tough question to answer,” Rask acknowledged. “I guess it definitely would be different, but then again that’s the closest group you have accomplished the goal out there with you, so then I think it also would be pretty awesome!

There would be no extra hassle, it would just be your teammates because whenever you win something like that there are the video crews, the fans, the media, and everybody gets ripped in a different direction and you can’t really be together as a group. So I guess in this situation you would just be with your teammates and you would be able to celebrate even more. So, different with no fans obviously, but I guess I try to be a glass half full type of guy, so I say it would be pretty cool.”

Here’s hoping that Rask, Chara, and all NHL players are at least safely playing in front of four empty barns soon.

Bruins Tuukka Rask Opens Up About Tandem With Jaroslav Halak