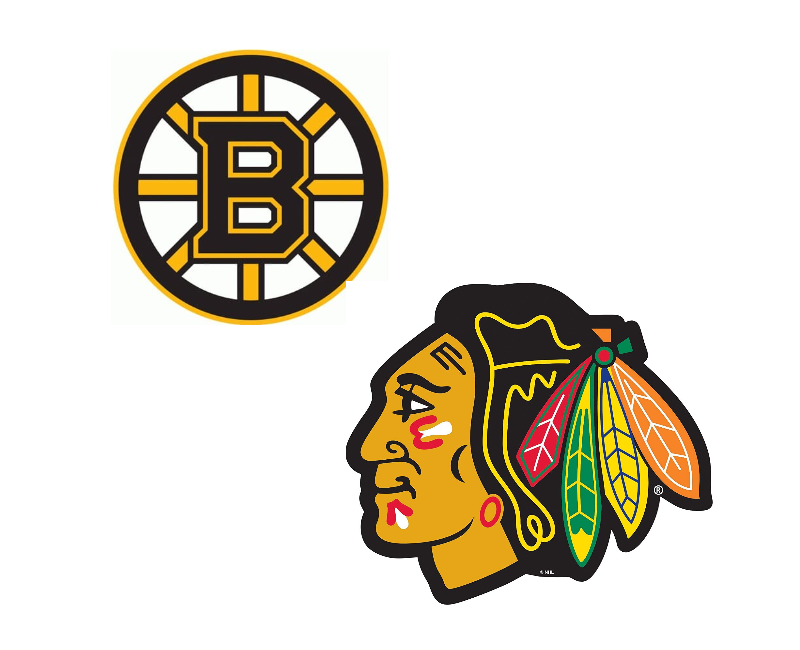 The Boston Bruins (32-10-12, 76 points) put their four-game winning streak on the line tonight as they visit the Chicago Blackhawks (25-21-7, 57 points). It is the second and final meeting of the season between the teams, who met in Boston on December 5th. Both teams are concluding a back-to-back set.

Bruins “In a Good Place”

The Bruins, thanks to last night’s 4-0 victory over the Canucks, are now on a four-game winning streak. They are playing some of their best hockey as the stretch drive opens up, and right now sit firmly inside the playoffs. Head Coach Bruce Cassidy is happy with both where his team is at and how they have been playing lately.

“I really liked everybody’s compete tonight,” Cassidy said postgame. “I think we were the better team and we’re full value for the two points.”

Cassidy had a feeling earlier in the day that his club was in a good position. He could sense it at the morning skate at Warrior Ice Arena.

“I think this morning we were a little bit, I don’t know how to describe it, in a good place, in a good mood, good energy,” said Cassidy. “We just were fighting the puck a little bit, and it translated a bit tonight. We stuck with it…I thought we played the right way in the third for the most part.”

A big reason for being in that good spot? The club’s strong two-way play. Cassidy believes that extends back prior to the break.

“There’s been a stretch of five or six games now, I think Vegas at home, I thought we did a good job with that,” said Cassidy. “Pittsburgh at home, against a good offensive team, we did a good job. We’re taking a lot more value in that part of the game, and some of it is getting the balance in the lines so that they’re fresh, getting everyone involved.”

Sean Kuraly did not play on Saturday night against the Minnesota Wild. He was held out of the game by Cassidy as the bench boss tried to create a little “urgency” in his forward group.

The message was received by the 27-year-old forward.

“Obviously good to get back and be around the team and just give me a little jump,” said Kuraly after the win. “I think and just wanted to play it simple and play hard.”

Cassidy gave his speedy winger a stamp of approval when asked about his play.

“I liked it a lot better,” Cassidy admitted. “He had the puck, he was assertive, trying to get to the net…I thought he got in shooting lanes. Sometimes freeing up and going to the wing allows you to do some of that; you’re not worried about what’s going on behind me or first back in the zone. It’s something we’ve talked about with Sean – do we toggle him, or try him over there? I thought it worked out well tonight for him and he showed the player he can be for us.”

Kuraly, in total, played 12:57 in the win, collecting an assist and firing four shots on goal. He also got 1:52 on the penalty kill, a sign the coaching staff trusts him.

The Chicago Blackhawks are fighting for their playoff lives right now as they get set to host the Bruins. The Hawks trailed 2-0 to the Wild in Minnesota last night, but fought back to force overtime and collect an important point before the Wild finished them off in the extra frame. Chicago is now just three points behind the Calgary Flames for the final playoff spot in the west.

The Blackhawks, like the Bruins, are playing their second game in as many nights. That hasn’t mattered this season. Chicago is 9-1-0 in the second game of a back-to-back, the best mark in the NHL. They are third in league in scoring in those games, averaging 3.90 goals per game.

A win tonight could be historic. They would match an NHL record with 10 victories on an 11-game stretch in the second half of back-to-back sets. The Hawks are playing their only home game during a 28-day stretch.

Bruins lines are subject to change. They are based off of last night’s group against the Canucks. Halak is the expected starter after Rask played last night. John Moore, Danton Heinen and Joakim Nordstrom are the scratches. Nordstrom is dealing with an illness currently. Kevan Miller and Connor Clifton remain on IR.

Blackhawks lines against the Bruins are subject to change. Lehner is the expected starter after Crawford got the go last night in Minnesota. Brent Seabrook (shoulder, hips) is out for the season for the Blackhawks. Calvin de Haan (shoulder) will also miss the remainder of the season, while Andrew Shaw is on LTIR with a concussion.

OFF THE SCHNEID! McAvoy Propels Bruins In OT

Bruins Video: Coyle “You Just Have To Stick With It”