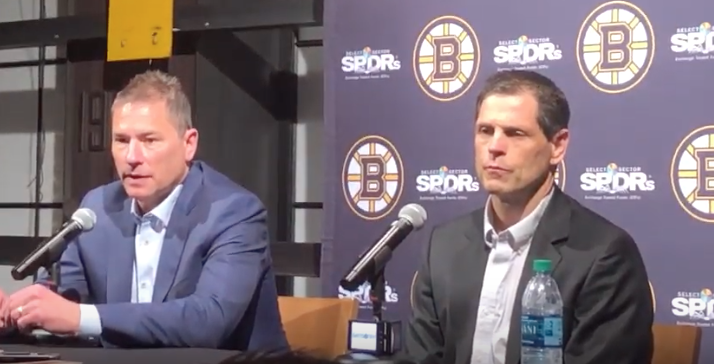 Sweeney made sure to thank the entire Bruins’ management team and his wife for the honor. It was the first award that Sweeney has taken home in his managerial and playing career. As the GM joked when accepting the honor, it was the first time he had been to the Award show, mostly because, in his own words “I wasn’t good enough or I was too cheap to buy a ticket.”

Sweeney made two trades around the deadline, acquiring Charlie Coyle from Minnesota and Marcus Johansson from New Jersey. Both players paid off in a big way in the postseason. Sweeney also added goaltender Jaroslav Halak, defender John Moore and forwards Chris Wagner and Joakim Nordstrom via free agency last July.

The Bruins advanced to the Stanley Cup Final for the third time this decade and first time since 2013 this spring.

2019 NHL Draft: First Round Centers For The Bruins