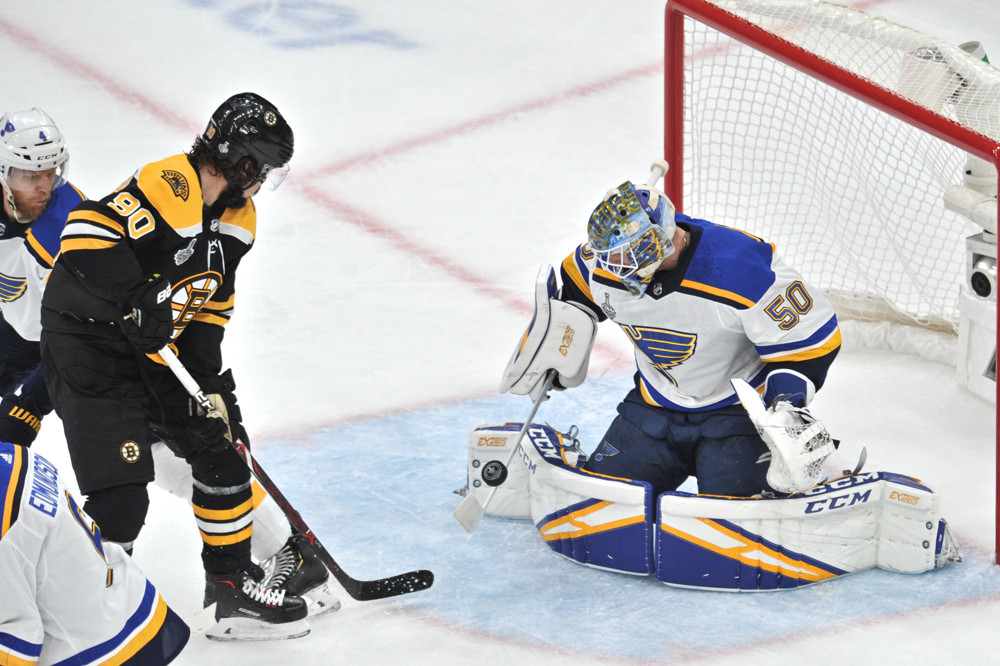 It came down to winner-take-all, and a rookie goaltender took it all from the Boston Bruins.

Jordan Binnington of the St. Louis Blues made 32 saves in a 4-1 win over the Bruins Wednesday in Game 7 of the Stanley Cup final at TD Garden.

It was the first Cup for St. Louis, which was part of the NHL’s first major expansion in 1967. It was the longest wait for a team to win the title. The Blues went from last place in January to Cup winner, making the run after Craig Berube took over as coach.

Alex Pietrangelo and Ryan O’Reilly each had a goal and an assist, Brayden Schenn and Zach Sanford also scored, and Jaden Schwartz had two assists.

Matt Grzelcyk, just back from a concussion, scored for the Bruins, but it was too little, too late.

The first period was one of those counterintuitive stretches of hockey. The Bruins dominated play, while St. Louis turned the puck over and generally looked as if there were Game 7 nerves.

Still, the Bruins went into the first intermission down 2-0.

After going about 16 minutes without a shot, the Blues took a 1-0 lead at 16:47 of the first when O’Reilly deftly redirected a shot by Pietrangelo through Rask’s pads. It gave O’Reilly a Blues record with 22 points during the playoff run.

St. Louis upped it to 2-0 with 7.9 seconds left in the first. Schwartz carried the puck in one-on-two and peeled toward the right-wing wall. His pass back toward the slot found Pietrangelo alone, and he went forehand to backhand to plant a rising shot past Rask.

That gave the Blues two goals on four shots, while Binnington stopped all 12 shots in the period.

There was no scoring in the second period, despite the Bruins continuing to get chances. They outshot St. Louis 12-11 for an overall 23-10 advantage heading into the third.

Binnington made perhaps his finest save just before the midpoint of the third period, when he stretched to make a right pad stop on Joakim Nordstrom.

That made Schenn’s goal at 11:25 of the third even more of a back-breaker.

Schenn scored off a centering pass from Vladimir Tarasenko to make it 3-0.

Just to seal it, Sanford scored at 15:22 for a 4-0 edge. That made Grzelcyk’s goal at 17:50 with Rask pulled just a matter of spoiling Binnington’s shutout.

From Seven Heaven Back To Hell: Game 7 Analysis And Report Card